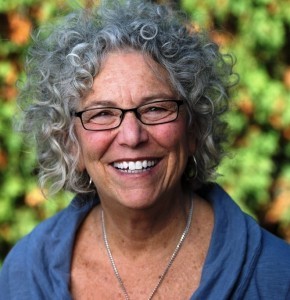 The following is an excerpt from a recently published article by Rami Henrich, that can be found in Elizabeth Sheff’s book, Stories from the Polycule: Real Life in Polyamorous Families. The first of its kind, this anthology collects stories and essays written by and about real people living in “polycules”: the networks between people in polyamorous relationships.

One afternoon when my son was six, he was playing with a friend in the front yard. It was a beautiful fall day and the boys were doing what many boys do on a beautiful fall day: collecting leaves into huge piles and jumping headlong into them. It’s amazing how many piles kids can make and how many hours they can entertain themselves doing that!

Who’s the Mama?
My partner, Cindy, and I were a few feet away cleaning out the garage, when my son  and his friend, Matt, sauntered into the garage covered with leaves from head to toe. My son said, “Matt wants to know who is the mama? Who is she?” he said pointing at Cindy. I replied, “Well, just tell him that I’m your mom.” My son  turned to Matt, “That’s my mom”, he said, pointing to me. A moment later he returned, “Mom, Matt wants to know who Cindy is.” “Just tell her she is part of our family,” I said. “She’s part of our family,” he said to Matt as they ran into another crackling pile of leaves.

At age six, that answer sufficed, but as my son  got older it became more and more difficult for him to come up with an answer that would not only satisfy others but also himself. At the time, there were no easy answers to these seemingly easy questions, no role models or words to describe Cindy’s role in our family configuration.

Me in Common
Before going any further, perhaps it would be useful to explain our family’s relationship dynamic. Tom and I are  legally married. In fact, we were married twice: once in Bombay, India in 1976 while living in an ashram, and a second time in a Jewish ceremony in my parents’ apartment with a handful of family members in attendance. We have two biological children (a daughter born in 1978 and a son born in 1990). Cindy and I have been partners in a relationship since 1983, and we have lived together  since 1992.

Cindy and Tom have a close, supportive relationship that involves more than friendship, in part, because they have me in common. They have travelled together, and supported one another when either one of them was in relationship turmoil with me. As a result, there is a closeness between them that differs from other friendships.  They do not have an intimate sexual relationship, yet they are closely related. If asked if they are polyamorous, both Tom and Cindy would say that they are in a polyamorous relationship but that they do not identify as polyamorous. This is because they are not in love with two people; each of them loves me, and I am the one who has multiple loves. I deeply love both Tom and Cindy, and feel fortunate to have had so much love in my life.

As for myself, I am not entirely sure of how I identify. It is still an unfolding question and answer for me, but for the purposes of this inquiry, I will refer to myself as polyamorous. Hearing  the word for the first time in the mid 90s and calling myself a polyamorist felt like a bit of a retro-fit; giving myself an established name and identity where once there was none. I didn’t have a problem with the word, but it felt a bit like a suit of clothing that didn’t quite yet fit or like a wool sweater that caused my skin to itch. Regardless of whether it fit perfectly or not, polyamory does describe a life relationship pattern that is meaningful to me and, I have found, to others.

Loving more than one person is not always a walk in the park. Much of my work, as a psychotherapist, focuses on the challenges facing people in polyamorous relationships. It has been a difficult undertaking for my family to carve its own path in the world, and by bringing forth parts of our story here, I hope to articulate some of the difficulties and joys of living an unconventional lifestyle that is still in the margins of today’s mainstream culture. When Cindy, Tom and I decided to live together as a family, we hadn’t thought it out, we didn’t have a plan or a map, and we didn’t know anyone else living like this. We just thought we’d give it a go and try it out, telling ourselves, “How difficult could it be?” Not only were there no role models or advisers, but we hardly had the courage to speak with anyone in our community for fear of how they might react to our lifestyle.

To read more of Rami’s chapter, please check out a copy of Elizabeth Sheff’s Stories from the Polycule, available on Amazon.