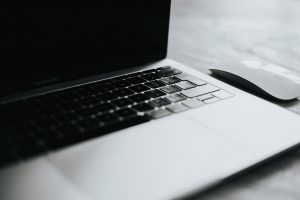 Passing a bill with bipartisan support in the House of Representatives and the U.S. Senate is difficult, but not impossible. The Stop Enabling Sex Trafficking Act and the Fight Online Sex Trafficking Act, known by their acronyms SESTA and FOFSTA respectively, earned support from Republicans and Democrats. On April 11, 2018 the bill was signed into law. The trafficking of humans for sexual sale is abhorrent, morally reprehensible, and violates any common understanding of individual freedom within the framework of federal law in the United States. Laws to protect vulnerable populations from exploitation are crucial to individual and community well-being. Unfortunately, the impact of SESTA/FOSTA create an environment of increased vulnerability and danger for sex workers.

Sex worker rights organizations, joined by many national and international human rights organizations have supported full decriminalization of sex work for years. This stance promotes worker safety and combats sex trafficking. After a lengthy review process involving research from countries in different parts of the world, Amnesty International announced in 2016 that it supports the decriminalization of sex work worldwide. A statement on their policy states that Amnesty International, “recommends the decriminalization of consensual sex work, including those laws that prohibit associated activities—such as bans on buying, solicitation and general organization of sex work. This is based on evidence that these laws often make sex workers less safe and provide impunity for abusers with sex workers often too scared of being penalized to report crime to the police.”

Sex worker rights organizations, Amnesty International itself, and other human rights organizations were not consulted in the construction of SESTA/FOSTA. Instead, well meaning, but misguided politicians and social service agencies determined that increasing liability for web sites featuring third party posts would decrease sex trafficking as they defined it. This conclusion was based on some unfounded myths about sex work.

Myth 1: Most sex work is done by people who are trafficked

This is false. Most sex workers are not directly coerced by individuals or groups against their will into their work. The primary coercive component in sex work is the same as it is for everyone being paid for work—we need a paycheck to make rent, pay a mortgage, buy food, pay for health care, and meet all the needs for sustaining life and minimizing suffering. The myth that most sex work is done by people who are trafficked is perpetuated by the plethora of research on the subject which includes an extremely broad definition of “sex trafficking.” For instance, some researchers include sex workers who self-identify as consensual sex workers, but whose life histories include sexual assault, underage sex work at a previous time in their lives, or concurrent or previous substance use or dependence. The numbers put forth by organizations that supported SESTA and FOSTA are inflated to include workers who might self-identify as consensual sex workers, but whose current lives, or life histories, include experiences common for workers in almost any industry in the United States.

Shutting down advertising platforms does not appear to reduce instances of sex work—it only makes sex work more difficult to track, and indoor work more difficult. Research abundantly confirms that “indoor” work (primarily online work but can also include massage parlors, brothels, or dungeons) is significantly safer than “outdoor” work, or street-based sex work. Workers doing indoor sex work are significantly less likely to encounter assault, abuse, or to be murdered by clients. Indoor work typically relies on online advertising. Accessible and affordable platforms for online advertising allow workers to advertise for themselves. Having this kind of control over where to advertise, which clients to see, and when to establish working hours, creates a safer and more flexible working environment. Work flexibility is often what draws people to sex work. Due to family obligations, unpredictable chronic or temporary health conditions, or a desire to support other underpaid creative or activist work, many workers rely on flexibility. Furthermore, as in many industries, management of workers can perpetuate labor rights and other abuses. Self-directed work can help to reduce this vulnerability for workers.

SESTA and FOSTA were influenced by politicians and anti-trafficking groups who believe that criminalizing the purchase, but not the sale, of sexual services is an adequate approach to eliminating abuse of sex workers. Known as the Nordic or Swedish Model (because it is practiced most notably in Sweden), this legal strategy locates the problems of sex work in the sexual behavior of men. While it is superficially logical to assume that because men are the primary abusers of sex workers, that punishment should be focused on their activity, sex workers across the globe report that factors that keep them safe become more difficult under the Swedish Model. If a client is concerned with being arrested they are less likely to share personal information with sex workers that is often crucial to screen clients for safety. They are more able to hide potentially violent intentions behind false identification information. Many workers in the same geographic areas keep blacklists of clients who are determined to be unsafe so that other workers can avoid them. Transparency is necessary for this cooperation between workers. Transparency is greatly reduced under the Swedish Model. Full decriminalization of sex work, not the regulation of online advertising practices, is the most effective solution to curbing endemic violence against sex workers.

In constructing SESTA and FOSTA, law makers approached sex workers through the lens of helping a group of people they consider to be victims. Everyone who is struggling with addiction and substance dependence, labor rights abuses, and violence deserves access to services based on their self-identified needs. However, research suggests that being subject to intervention by law enforcement, social service agencies, religiously based organizations, and medical supports due to identification as a “victim” can be stigmatizing and abusive. These interventions too often increase trauma for workers. A reorganization of the way professionals view sex workers is required to provide adequate care. Here in Chicago, the Chicago Alliance Against Sexual Exploitation (CAASE) promotes the idea that all sex work is trafficking and rejects the voices of people who have done consensual sex work in their policy-making efforts. CAASE and other organizations across the country pre-determine that sex work is inherently damaging, and therefore individuals cannot consent to engaging in it. Because of the influence these organizations have, this understanding is often formally and informally assumed to be accurate by law enforcement, social service agencies, religious organizations, and medical care providers. Alternatively, assuming that workers have the autonomy to determine what in their lives is harmful opens up space for responding adequately to their concerns. Financial support, housing support, addiction and mental health treatment when warranted, and legal help are some frequently requested services.

Many abuses included in the exploitation of individuals for the benefit of others are already illegal. Kidnapping, rape, and underage sex are illegal. These laws should be sufficient to prosecute traffickers. However, because sex work itself is stigmatized and both consensual workers and individuals who have been trafficked are dehumanized by assumptions about sex work, particularly if anyone who is being trafficked is judged to have been a willing participant in sex work at another time in their life, it is difficult to approach law enforcement with actual experiences and evidence of sex trafficking. In short, the current laws do not work to protect sex workers or anyone who has been trafficked because the barrier of stigma is too high. Decriminalization would reduce stigma so that current laws can be applied to sex workers. Decriminalization would also facilitate reporting trafficking to law enforcement so that these destructive activities can be prosecuted.

SESTA/ FOSTA are likely to remain law. The tragedy is that SESTA and FOSTA will continue to perpetuate stigma and increase rates of abuse against sex workers, while providing little evidence-based assurance that sex trafficking will be curtailed under their implementation. This burden will be felt most acutely by the most marginalized—low income individuals, people of color, and trans men and women. But for the safety of women, girls, and other individuals involved in consensual sex work, and for justice for individuals impacted by the horror of sex trafficking, it is necessary to remain committed to fostering environments that respect all of them as whole, autonomous humans. We hold hope that decriminalization will gain support over time. Please help us fight the stigma, change the anti-trafficking narrative, and decriminalize to save lives.