“Black and polyam doesn’t keep non-black people from having a seat at the table of polyamory, it allows people to gather and appreciate polyamory from a specifically designated perspective”

-From Love’s not Color Blind, by Kevin A. Patterson, M.ED.

This presentation and discussion is about why/how diversity is important to the polyamory community. We will tackle ways that clinicians can proactively promote an inclusive environment and what we can do to support diversity and expand mental health access to people of color within these communities.

While polyamory and polyamamorists are often viewed as a very welcome and welcoming bunch, far too often, race diversity is under-represented in these communities.

We have learned to be loud and proud when it comes to feminism and LGBT issues, but sometimes we are suspiciously silent in regard to race. Beyond that, at times the polyamory community may unknowingly act standoffishly toward black, indigenous and other people of color – unintentionally creating a stressful, or downright unwelcoming atmosphere.

This presentation and discussion is about why/how diversity is important to the polyamory community. We will tackle ways that clinicians can proactively promote an inclusive environment and what we can do to support diversity and expand mental health access to people of color within these communities.

Following this presentation, participants will be able to: 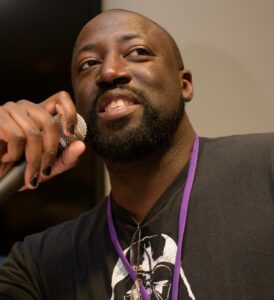 Kevin Patterson is an active member of the Philadelphia polyamory community. In April of 2015, Kevin was inspired to start Poly Role Models, an interview series for people describing their experiences with polyamory. Poly Role Models was part of a drive and a desire to change the way his life and communities are viewed. Kevin has extended the blog’s work into the writing of the book, Love’s Not Color Blind: Race and Representation in Polyamorous and Other Alternative Communities.

Along with co-writer Alana Phelan, Kevin also launched a sci-fi novel series, For Hire, that centers characters of color as well as other marginalized identities. 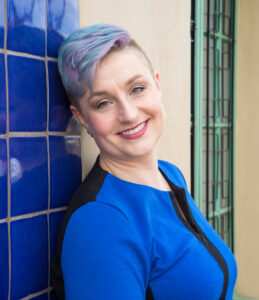 Dr. Liz Powell believes that great sex can change the world®. They are on a mission to help you have more meaningful, pleasurable relationships in life and work, as well as the bedroom. They’re a coach and licensed psychologist helping couples and singles develop self-confidence and authenticity in their relationships, whether conventional or non-traditional. Dr. Liz has made multiple media appearances, including in Cosmopolitan, Playboy, and the Canadian Broadcasting Corporation radio show Ideas. As a sex educator, Dr. Liz has spoken on many stages internationally including the American Association of Sexuality Educators, Counselors, and Therapists Annual Conference, the Guelph Sexuality Conference, and the Woodhull Sexual Freedom Summit.

Beginning in 2020, Kevin and Dr. Liz created the Unfuck Your Polyamory educational series. Including lessons for both individual users as well as service providers, Unfuck is designed to help people navigate the world of consensual non-monogamy while avoiding a lot of common mistakes.